What are the collateral ligaments? 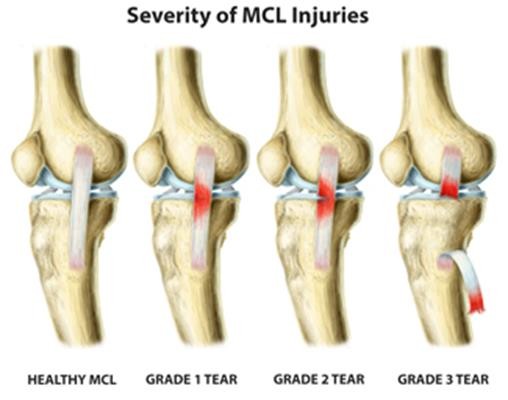 The medial collateral ligament generally heals on its own within six weeks. A temporary brace is sometimes needed to protect the healing process. An operation may be required in severe cases. The lateral collateral ligament is an extremely strong structure and therefore, an isolated tear is very rare. If injuries do occur, it is usually in combination with an injury involving the rear cruciate ligament. If this is the case an operation is generally recommended.